Why Vietnam Is The #1 Destination For Offshore Software Development

When people think of Vietnam, they’re often met with the visual of bustling cities, idyllic mountain landscapes and sun drenched beaches. Or, perhaps, reminded of the nations war-torn history.

Very rarely do they see the country for what it has become: a thriving technology hub.

Vietnam is an incredible choice for intelligent businesses looking for offshore software development, because Vietnamese developers are some of the brightest and most ambitious technologists in the world.

Forbes calls Vietnam a “small but mighty powerhouse” with “a highly adaptive approach to work and tech”, and its firm success as a newly-introduced member of the World Trade Organisation only serves to echo this sentiment.

From education to culture to government, here’s why Vietnam should always be the first choice for your offshore software development.

The Vietnamese are intelligent and highly learned, with a 96.8% literacy rate among working-aged adults.

In the 2015 OECD Program for International Student Assessment, which measures performance in maths, science and reading among 15-year-old students, Vietnam ranked 8th.

To put this into a global context (72 world economies, in fact), that placed Vietnamese schoolkids higher than not only their counterparts in Hong Kong, China and South Korea – but also Australia (14th), the UK (15th) and the USA (25th).

With 65% of the 97 million strong population under 35 years of age, it’s no surprise that the Vietnamese are switched on and ambitious, particularly when it comes to technology.

When Google engineer Neil Fraser visited on a fact-finding trip to review Vietnam’s high-school computer science education methods, he found that half of Vietnam’s 16-year-olds would pass Google’s interview process, and kids as young as 10 were as technologically capable as those in the 11th grade back in his homeland.

A government that champions technology readiness:

The Vietnamese government has recognised the potential to be seen as a global software development leader – looking well beyond the “workshop of the world” capability and instead, building strong foundations for technology success.

As a stable, one-party dominion, they are committed to providing high-quality STEM education to their population, encouraging English as a mandated second language, opening “technoparks” across the country and building world-class university infrastructure that focus on the sciences in all major cities.

With a pronounced skills shortage plaguing businesses all over the developed world, the Vietnamese government’s focus on ensuring all students start learning coding and logic from the age of 10 is a strategy that is beginning to pay serious dividends for both the countries population and the businesses who have identified the opportunities they represent.

With technology mandated to be a primary pillar of Vietnam’s economy (seeing as over 250 higher learning institutions teach I.T.), it’s no surprise that over 40,000 Vietnamese software professionals are graduating and entering the workforce each year.

This represents an annual ~20% increase on an already established software industry that exported $3.5B USD worth of software in 2018, and 7.1% overall GDP growth in the same timeframe. In short, Vietnam isn’t just a tech country, but a tech epicentre.

By 2050, it’s projected that Vietnam will be among the top 20 economies in the world.

It makes sense to get on board with their progress at a time where the rewards are abundant and highly cost-effective.

By partnering with a high-quality offshoring operator leveraging Vietnam’s tech excellence, there aren’t just opportunities for direct access to “a growing population of entrepreneurs, engineers and technology experts” but also everything that comes with improved productivity and scalable skill implementation – happier teams, happier customers, better products and better companies. 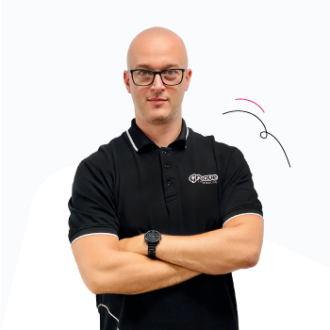 Matt Long is the founder and CEO of Groove Technology. Groove Technology recruit at the top of their market, providing cutting-edge software development services to partners located across the world through a unique, integrated resource model. You can get in touch with him here, or find out more about Groove Technology.

Kickoff Meetings: Why They Are Crucial And How To Succeed With Them

What is business intelligence and how can it benefit your business?

View
BACK TO TOP